YUKON GOVERNMENT IGNORES AS 30,000 FROM 138 COUNTRIES ON 7 CONTINENTS OPPOSE FUNDING OF DEATH RACE!

Read more: https://www.yukonpoetlaureate.com/news-/
October 21 2018: Rumor has it that the first copies of my new book "it's howlin' time!" should be rolling off the press on Monday. ~ Coming soon to a book shelf near you! ~ In celebration of my upcoming 25th anniversary as Canada's longest serving poet laureate. #Canlit #AmWriting #Yukon 1000 Towns of Canada

December 17 2018: New Book by pj johnson Poet Laureate of the Yukon! "it's howlin' time!" now available on Amazon! Be the first to read it!

“it’s howlin’ time!” is a veritable cornucopia of previously unpublished creative works composed in a variety of styles and genres chronicling the life and times of a northern Canadian Poet Laureate. Also known as The Yukon Raven Lady, ms. johnson is a passionate animal advocate currently campaigning to protect northern sled dogs. On Canada Day July 1st 2019 she will celebrate her 25th anniversary as Poet Laureate of the Yukon. She is the longest serving Poet Laureate in Canada. ~~>

October 21 2018: Rumor has it that the first copies of my new book "it's howlin' time!" should be rolling off the press on Monday. ~ Coming soon to a book shelf near you! ~ In celebration of my upcoming 25th anniversary as Canada's longest serving poet laureate.  #Canlit #AmWriting #Yukon 1000 Towns of Canada 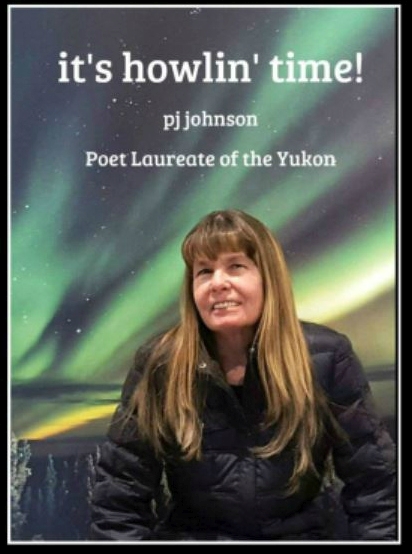 YUKON GOVERNMENT IGNORES AS 30,000 FROM 138 COUNTRIES ON 7 CONTINENTS OPPOSE FUNDING OF DEATH RACE!

*PLEASE NOTE: This update is in Memoriam to honour my beautiful 10 year old yellow lab Marley who passed on September 9th 2018 and also in memory of 'Boppy the Sled Dog' who died in agony during last year's brutal Yukon Quest 1,000-mile sled dog race. *Click TO READ THE LATEST UPDATE! ~~> https://bit.ly/2A9CXMz

September 3 2018: You never know what you'll find in the parking lot in downtown Whitehorse #Yukon!

August 2 2018: Looks like I'll soon be heading down to 'The Big Smoke' again to hang with some great folks! - Poets Rock!

Thousands of voices speak out – Abuse of defenceless sled dogs no longer tolerated!

Click here to view the latest update on my campaign to end the cruel and barbaric Yukon Quest 1,000-mile sled dog race where animals continue to suffer and die in agony. ~~>

There are now two petitions available for signing online to oppose the cruel Yukon Quest 1,000-mile race where sled dogs continue to suffer and die in agony. The first one is located at https://bit.ly/2BrtP70 and a second petition has been posted at https://bit.ly/2uIN6z7 where people can also make comment.

The petitions have been signed by 2,000 people in over 70 countries on six continents around the world but we need more voices to speak for those who cannot. If you care about the horrific plight of the Northern sled dogs please sign and share these petitions online. These animals need help! 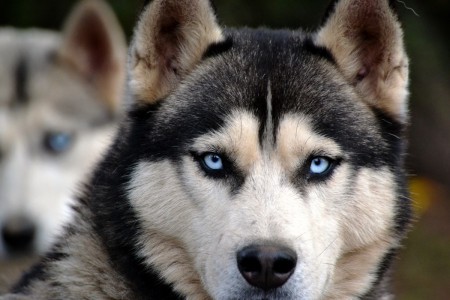 As the sled dogs are currently running 1,000 miles in grueling conditions in the Yukon Quest race they are very much on my mind. Today I posted a new video narration of my poem "Because I am a Sled Dog". Click to view ~~> Videos by pj johnson

Tomorrow the 35th annual Yukon Quest takes off in Fairbanks Alaska heading to Whitehorse. Every year I dread it. A little over a year ago I began my campaign to expose the ongoing animal abuse and exploitation inherent in the two 1,000-mile sled dog races - the Alaskan Iditarod and the Yukon Quest - by posting the article “The Painful Truth About Long-Distance Sled Dog Racing” on my website. https://bit.ly/2paXlV8

I also created the hashtag #BanIditQuest to oppose both races and over the past year support to oppose the races has continued to grow. Although some Yukoners tell me on the QT they are glad I speak out on behalf of the sled dogs they are hesitant to join me for fear of reprisal. I understand their position. The Yukon Quest has grown into a massive institution complete with corporate and government funding and international support. That alone can be daunting. It is also quite true that the Yukon has a very small population - it's really just one big neighbourhood. We all have to live here and try to get along. Not everyone is going to want to stick their neck out.

On several occasions I have spoken out publicly to expose the plight of the sled dogs including at an event in Vancouver at Queens Park last summer and another event last month at the National Arts Centre/Centre national des Arts in Ottawa. On those occasions the general reaction to my presentation was one of shock and concern and many commented to me that they had no idea how badly the animals were being abused and exploited. I get that. Little of the reality of what goes on behind the scenes of these races and the way the sled dogs are actually treated is known to the general public. Many including the media continue to turn a blind eye.

I recently participated in a brief audio interview that aired on CBC on January 31st and I was also quoted in a CBC North article titled “Activists dog the Yukon Quest, but veterinarians say it's safe”. The title of the article may have been clever but at present I seem to be the only ‘dog’ in that race, at least in my homeland. It’s true that in the past I've been known as something of a canoe-rocker but in this case I paddle alone. However I am not totally alone, there are many caring people who have joined me online to oppose these barbaric races. We are #BANIDITQUEST  and we are a force to be reckoned with!

In the CBC North article the vets insist the dogs are all healthy and there's no problem for them to participate in a thousand-mile race in brutal arctic conditions even though the fatality rate is unacceptable. Of course anyone with a vested interest in the Yukon Quest including mushers, handlers, organizers and vets will defend their position but the fact remains that while the veterinarians may 'be at every checkpoint', internal injuries sustained by the dogs during the race often go undetected until they are seriously impaired or until it’s simply too late. And of course no one mentions the fact that some mushers just blow right through the checkpoints.

When I began this campaign a year ago I knew that I could become the target of some blow-back however to date there really has been little if any. In the comments section of the CBC article someone stated: “pj is her own special brand of crazy” . I responded: “I am an unapologetic animal advocate. If standing up and speaking out for the protection of defenseless animals makes me 'crazy' then go ahead and call me crazy. There are a million more just like me. We are the stewards of the creatures with whom we share this planet and it's up to us to honour, to respect, and to protect them. Sign me: pj johnson – The Original Yukon Raven Maniac.”

People need to take a good hard look at what's really happening. Animals are being abused. Just because it's been going on for years doesn't make it ethical. In closing I have to wonder – how many dogs will die this year? Even one dog is one too many.

Yukoners! – We need to honour and respect the majestic Malamute that stands so proudly on the masthead of our Yukon Coat of Arms! JUST SAY NO TO 1,000-MILE SLED DOG RACES! They are a legal form of animal abuse.

“If just one person stands up and speaks the truth it can never be unheard. If many speak it cannot be ignored.”  - pj johnson Poet Laureate of the Yukon

January 16 2018: As the new year dawns and I enter my 24th year as Poet Laureate of the Yukon I look forward to continued service as an artistic mentor, Yukon ambassador, and a passionate animal advocate. As an advocate I am vitally aware that the brutal Yukon Quest 1000-mile sled dog race is scarely two weeks away. I dread it every year. The short races out on the river during Rendezvous in days gone by were great fun - and no one got hurt. #YukonQuest #BanIditQuest bit.ly/2paXlV8